Team Member of the Month April 2021 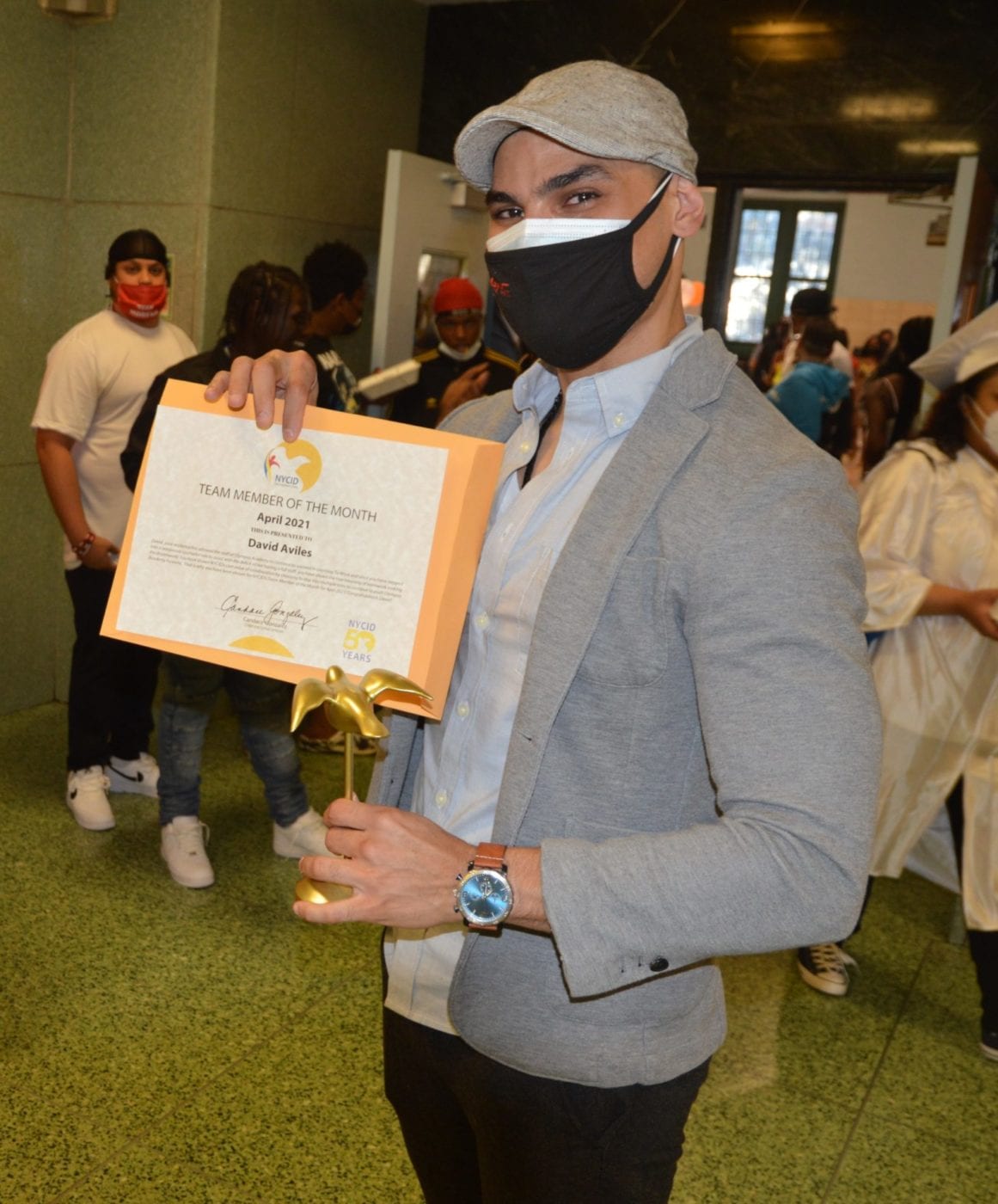 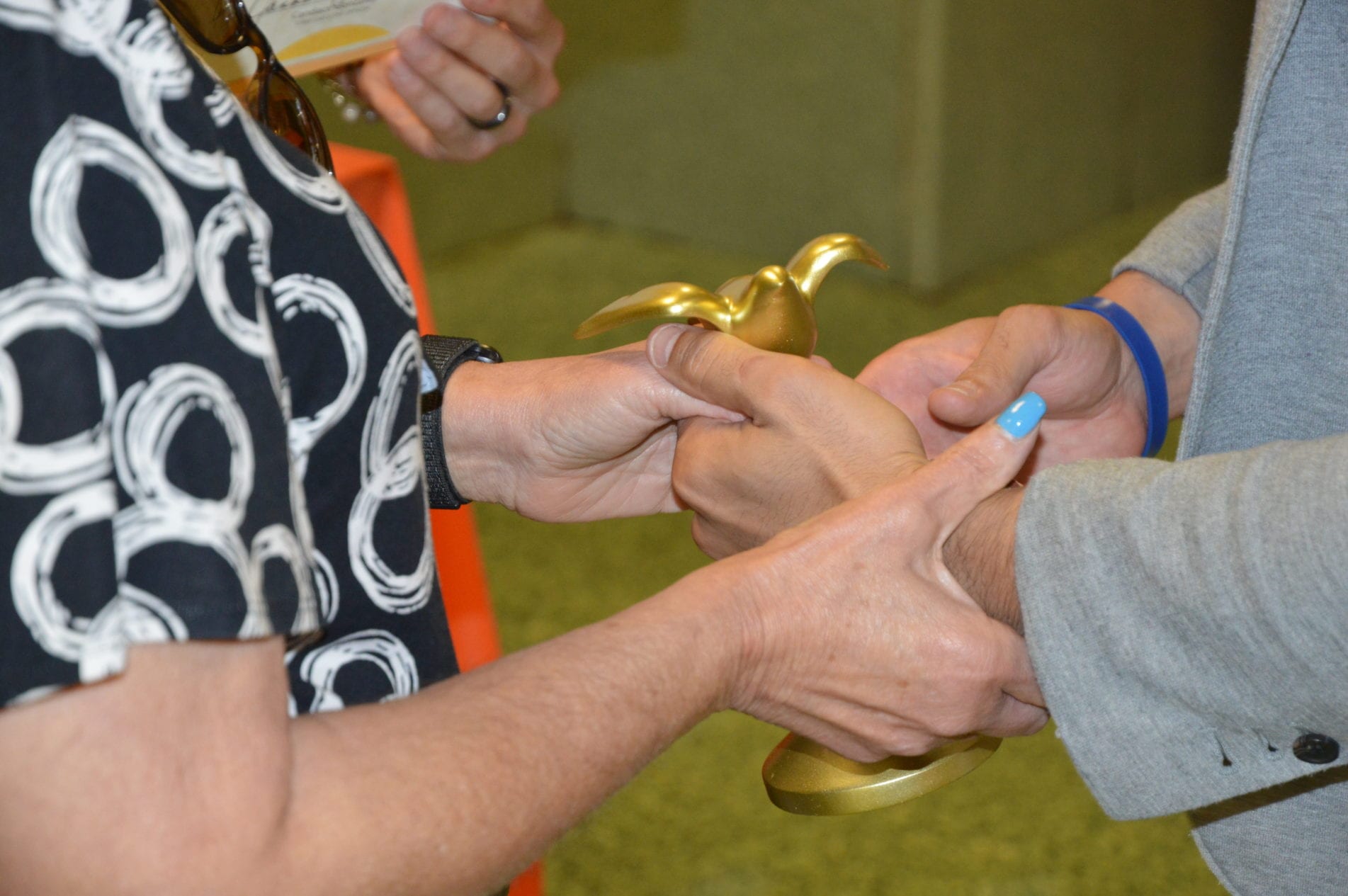 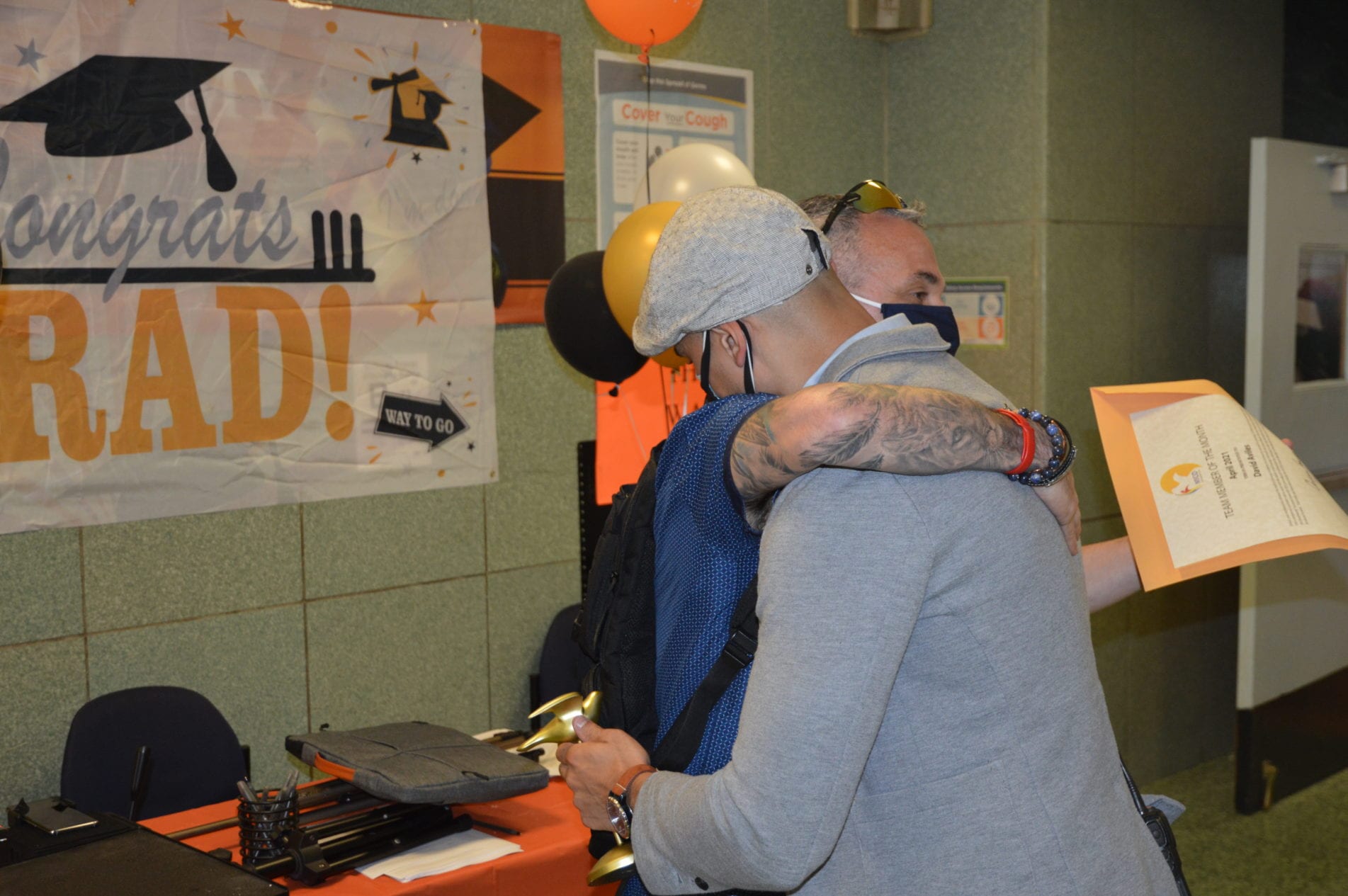 Let’s get ready to rock and roll! Rock and roll with our team that is!

That’s right, it’s time for another Team Member of the Month award. This time for April 2021 and the award is going to David Aviles, Learning to Work Program Manager at Olympus Academy.

David’s Resilience has allowed the staff at Olympus Academy to succeed in Learning to Work to the highest capacity. He even stepped into an advocate counselor role to make up for not having a full staff. That is the definition of teamwork making the dream work. David shows NYCID’s core value of collaboration by choosing to perform multiple roles all to push Olympus Academy forward. That is why we have chosen David as NYCID’s Team Member of the Month for April 2021. 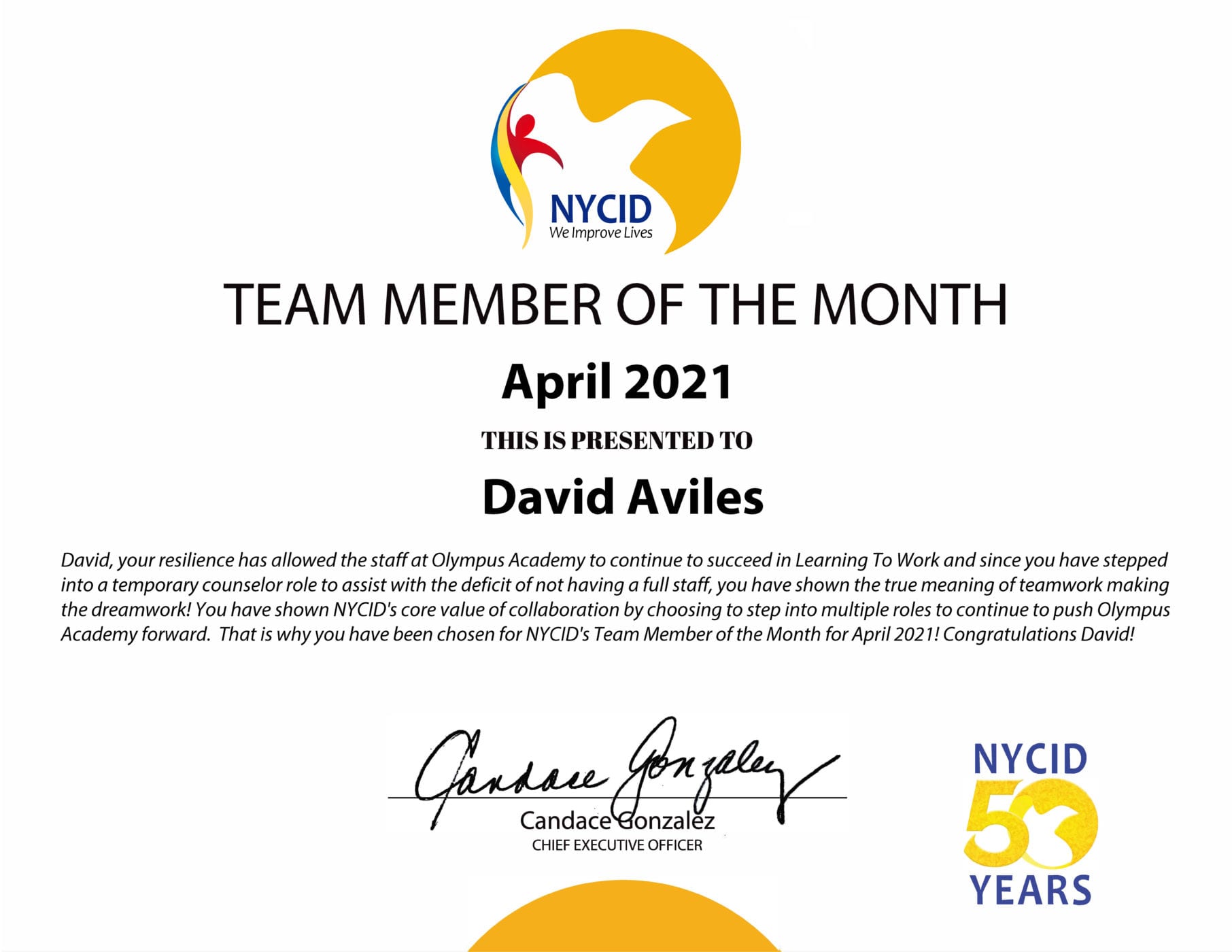 For David’s Ceremony we were able to do something a little different than usual. Yesterday, at Olympus Academy’s graduation ceremony we held the first in person Team Member of the Month ceremony in over a year, wow! After the graduation had concluded CEO Candace Gonzalez, Associate Executive Director Michael DeVito Jr came together to present David with his award. DeVito read David his award and presented him with NYCID’s coveted golden dove. David expressed his gratitude and how NYCID had always had his back throughout his time at Olympus Academy.  NYCID’s Program Director at Olympus Academy, Kenyetta Smith also came to congratulate David on his Achievement. 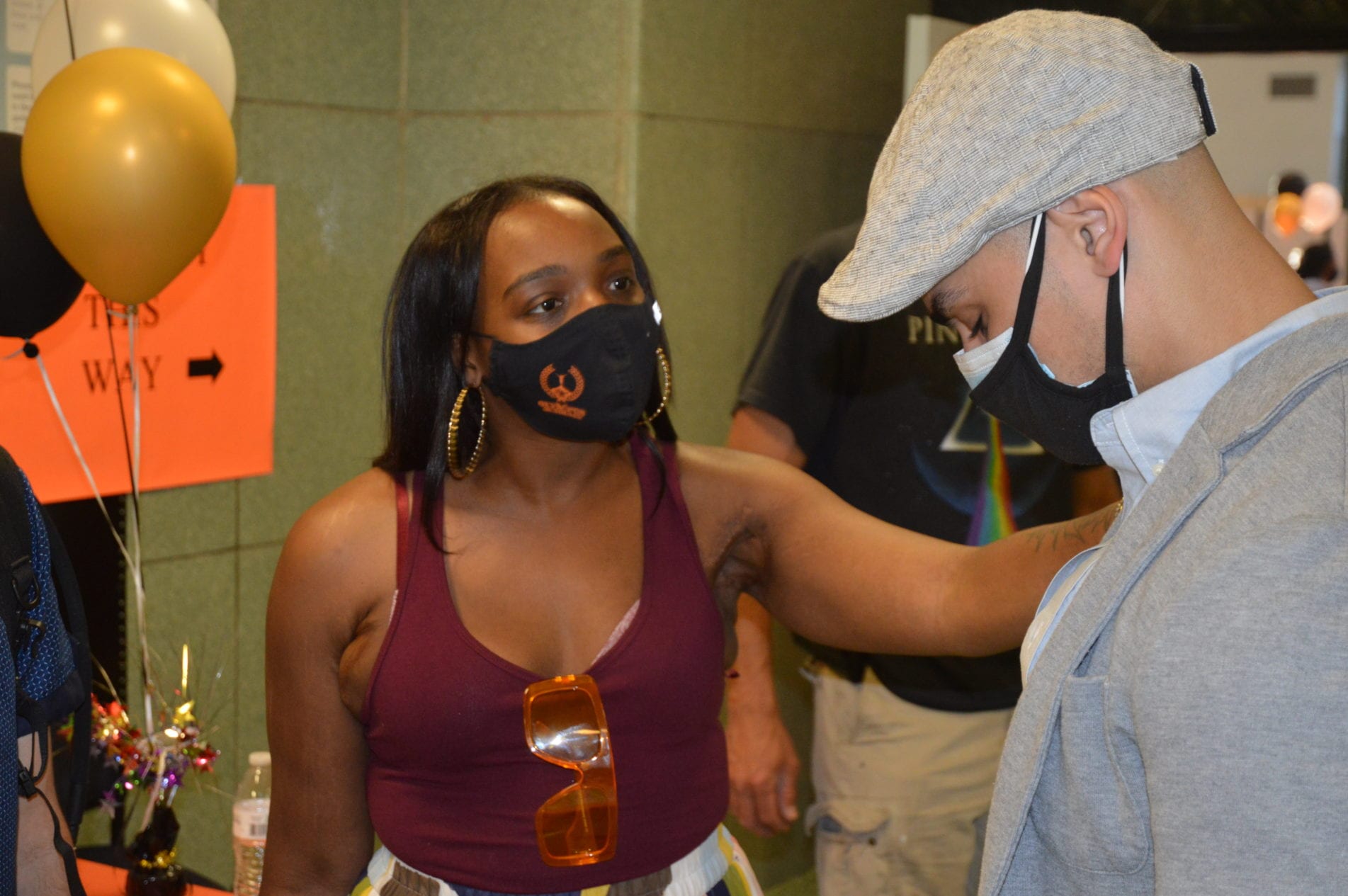 It was an emotional day for David.  Not only did he see his students receive their diplomas, and receive an award for himself, It was also the last time he would be at Olympus Academy as he is taking another job in the educational field to further his career.

We wish David the best of luck in his next venture and congratulate him for being named NYCID’s Team Member of the Month! 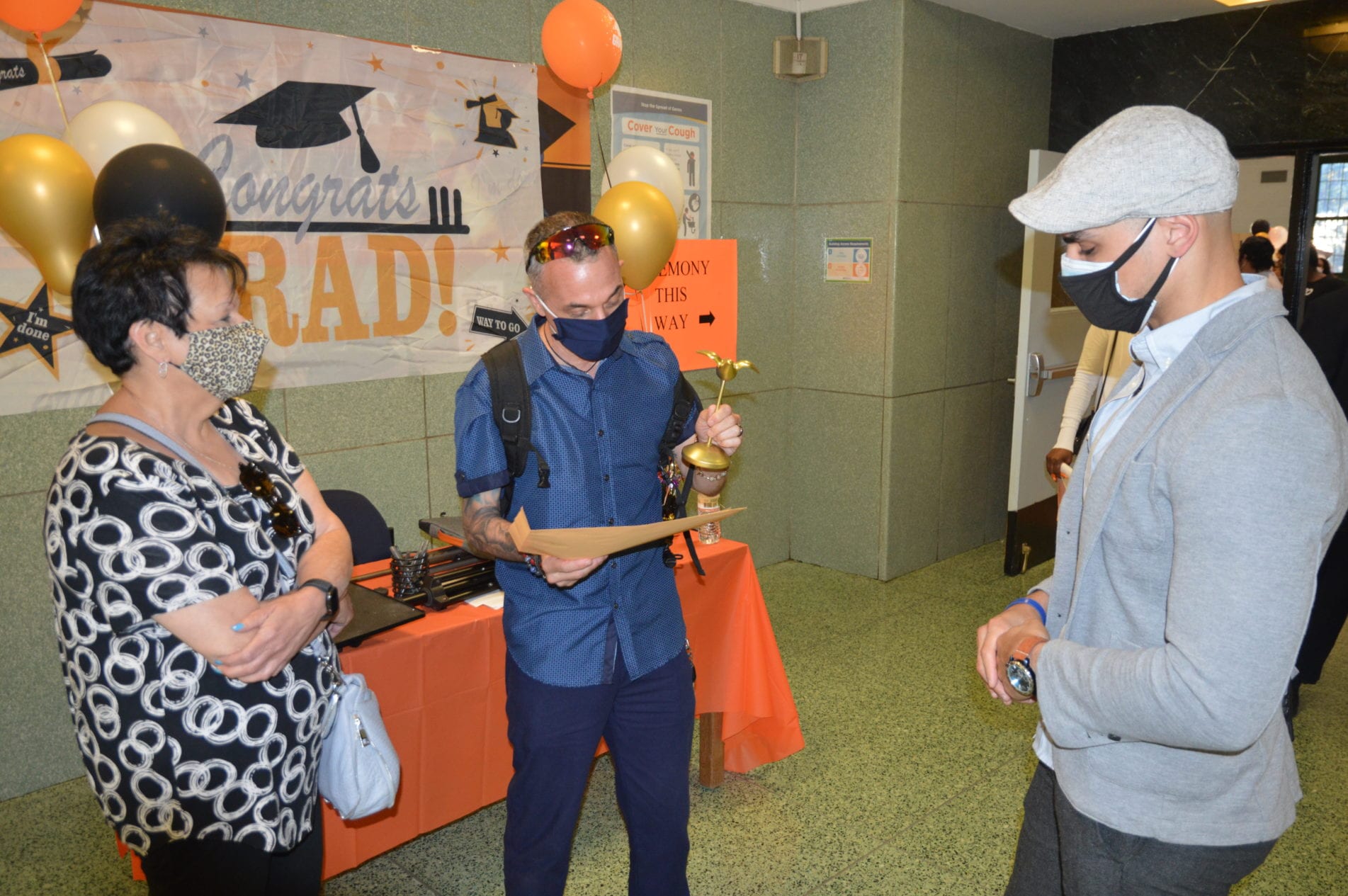